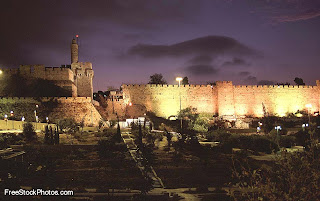 The late Pope John Paul the Great was acclaimed throughout his pontificate for being the pontiff that finally aligning the barque of Peter with ‘our elder brothers and sisters,’ the first children of Abraham, the Jews. As someone who had resisted anti-Semitism throughout his life, his apology, offered in in the extraordinary Holy Year of the Millennium, carried the credibility of one who experienced the horrors of the Holocaust first hand in . His acknowledgement of the debt of all Christians to the people of the first covenant should have consequences not only in the spiritual realm but in worldly matters too.

Recent events in (new construction projects in , slow resumption of peace talks with the Palestinians, etc.) now demand that the nations of the world respond with diplomatic initiatives supporting either or the Palestinian Authority. So the questions becomes: Do Christians have an obligation to take one side or the other in these disputes? Given that Sacred Scripture of both the Hebrew and Christian Bibles states that the presence of the Jewish people in is an essential precursor to the arrival of the Messiah in glory, it would seem that Christians who hold to an orthodox interpretation of scripture are obliged to stand with .
Thomas Oden, in his 2003 book The Rebirth of Orthodoxy: Signs of New Life in Christianity enumerates the reasons that Christians live in a fraternal relationship with Judaism. These include a commitment to the Hebrew Bible as Holy Scripture and an understanding of themselves as co-inheritors with Jews at the final coming of the Messiah. They also share a common belief in the God of Abraham, Moses, and as the giver and orderer of nature and history and that he is the creator of man and woman in His image and likeness. Together we believe that when we fail to fulfill our obligations, he offers a way of atonement such that we need not fear his coming at the consummation of history. 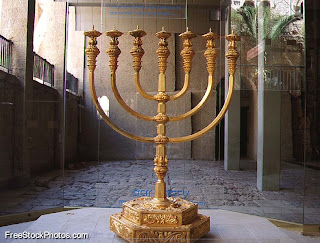 It is due to this final point that Christians should be able to see the source of inspiration for supporting not only Judaism as a religion, but also the State of Israel. Our faith in God is a ‘particular faith’ in that it is founded upon specific interventions of God in creation—with Noah, Abraham, and Moses, and for Christians, His incarnation in the person of Jesus Christ—and a particular understanding of one particular people’s history: the history of the Jews. We both hold that the Exodus with its Messianic elements was central event which sealed our relationship with God. The Jews are still waiting for his arrival. Christians simply believe that God promised His chosen people that the Messiah has come and that he will come again. It is part of our creed that when He does return, he will do exactly what the Jews expect of the Messiah—come in a way that will make it impossible to deny his true nature. Jews and Christians both believe in the general resurrection of the dead and of a final judgment by which the people of the covenant will be rewarded for their fidelity to their commitments to God and each other.
The same Hebrew Scriptures, as well as in the Talmudic interpretations that followed state that when that, when the Day of Judgment comes, the people of will occupy the lands He gave to them after their Exodus from . Sacred Scripture tells us that the penultimate battle in which good finally vanquishes all evil is to take place in these lands of . Christian Scripture even names the exact place in where the Apocalypse will culminate. Given that we draw our hope in the promise of God from these same sources, are we not then both obliged to believe that the existence of the State of Israel is a necessary precursor to the Messiah’s final arrival on earth? In the political battles that constantly inflame the Middle East, Christians are obliged to support whatever is necessary to guarantee the continual existence of the Jewish state with as its capital—obliged, that is, if one believes in the promise and truth of Scripture as understood for almost 2500 years of human history.
We are members of the same family of God. In times of trouble, a family pulls together in mutual support, respect, and affection. Christian nations should remember this familial debt we owe our elder brothers and sisters, and define their foreign policy to reflect these values and convictions.

June 09, 2010
Here is an excellent website for any and all interested in the pro-life cause. The Sisters of Life are a religious order than began in New York City under the authority of Cardinal Jon O'Connor (RIP) in the 1980's. Their traditional religious lifestyle and clear charism have led them to grow much faster than many other orders. As a result, these wonderful women are moving beyond the boundaries of NYC and have opened a convent in Toronto. Here is a link to a news account from LifesiteNews which explains in greater detail their history and mission in Toronto. The Sisters of Life count among their numbers a woman from our Parish here in Mattawa who is soon to take her final profession. This is one of the greatest blessings that we have received as a parish. Anytime a religious vocation comes forward from a parish community, many graces flow back to the local church. I can only pray that as the Sisters of Life establish their ministry in Canada that more and more women will join
Post a Comment
Read more
June 19, 2010
2 comments
Read more