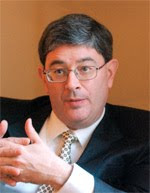 Says Pro-Life Cause Is Successor to Civil Rights Movement

MERRIMACK, New Hampshire, MAY 28, 2010 (Zenit.org).- Catholic theologian and author George Weigel is urging college graduates to base themselves firmly in natural law in order to make a good defense of religious freedom in society today.

The author of Pope John Paul II's biography "Witness to Hope" made this appeal at the May 16 graduation ceremony of the Thomas More College of Liberal Arts, in which he was awarded an honorary doctorate and gave the commencement address.

"One of the great challenges of the younger generation of Catholics will be to rise to the defense of religious freedom in full," Weigel said.

"This defense must be both cultural, in the sense of arguments winsomely and persuasively made, and political, in that young Catholics must drive the sharp edge of truth into the sometimes hard soil of public policy," he asserted.

He continued, "If religiously informed moral argument is banned from the American public square, then the public square has become, not only naked, but undemocratic and intolerant."

Weigel pointed out that religious freedom in the United States has been threatened by acts such as when the Supreme Court "erected a spurious 'right to abortion' as the right that trumps all other rights," and when legislators "decided that it was within the state's competence to redefine marriage and to compel others to accept that redefinition through the use of coercive state power."

He added that "the conscience rights of Catholic physicians, nurses, and other health care professionals are not second-class rights that can be trumped by other rights claims; and any state that fails to acknowledge those rights of conscience has done grave damage to religious freedom rightly understood."

"The same can and must be said about any state that drives the Catholic Church out of certain forms of social service because the Church refuses to concede that the state has the competence to declare as 'marriage' relationships that are manifestly not marriages," Weigel said.

He urged the college graduates and others in the audience to defend religious liberty by speaking a "common language" to those outside the Church, that of natural law and the truths of reason.

These truths, the author pointed out, were referenced by Thomas Jefferson when he wrote about "inalienable rights" in the Declaration of Independence. As well, he added, Martin Luther King, Jr., civil rights movement leader, appealed to these same truths while challenging racial segregation.

Weigel noted that "appeals to that same natural moral law underwrite the successor to the civil rights movement, which is the pro-life movement."

"And appeals to the natural moral law have underwritten U.S. international human rights policy for the past 30 years," he added.

The college president, William Fahey, also addressed the graduates, reminding them to "be mindful of the mark of true citizenship: that you are not dominated by pride, but that you turn always from yourself to the grandeur in this world, and then the reflection of the light incarnate, and then to the Light itself."

Some of the graduates, who have all just completed a four-year undergraduate program centered on a study of the Great Books of the West, have gone on to various internships serving Catholic organizations. Several students have written for ZENIT.