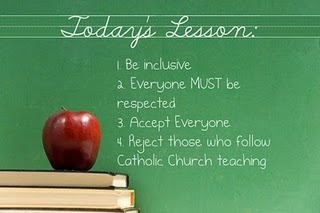 
But, none of those appear on this list for today. This is because the modern person's knowledge about Christianity in general, and Catholicism in particular, is worse than it was 10 years ago. This means modern people are more secular in their thinking and thus the myths have evolved. Without further commentary I give you: